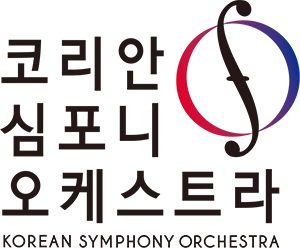 Since concluding an exclusive contract with the National Theater of Korea in 1987, the Korean Symphony Orchestra(KSO) has held regular joint productions with the Korea National Opera, the Korean National Ballet, and theNational Chorus of Korea as part of its repertoire. And from 2001, following its designation as the resident orchestraof the Seoul Arts Center (SAC), it has established itself at the SAC as Korea’s leading theater resident orchestra.

Formally recognized as a non-profit foundation by the Korean Ministry of Culture, Sports and Tourism (MCST) in2001, KSO has since been incorporated as a professional arts organization and is now affiliated with the MCST, thusmaking it eligible to receive government budget support for its operations. In this way, it has become a modelfor governance in the field of arts and culture. Currently numbering 100 orchestra and staff members, includingtwo composers-in-residence, the KSO continues to work towards the advancement of Korea’s performing arts andconcerts. http://eng.koreansymphony.com 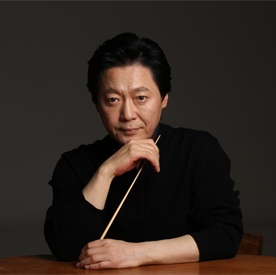 In 2018, Chi-Yong Chung was inaugurated as the 6th Music Director and Chief Conductor of the Korean Symphony Orchestra. One of the most sought-afterconductors of his generation in Korea, Chi-Yong Chung is highly regarded for his vivid interpretations, deep musical insights, strong ensemble leadership, and virtuosobaton technique. In particular, he is well-known as a specialist in modern music and Korean composers’ new works including Isang Yun’s music. Chung began hispiano studies at age five and later entered the prestigious Seoul National University School of Music as a composition major. He then graduated from the conductingclass of Michael Gielen at the Salzburg Mozarteum in Austria. Chung served as Assistant Conductor of the Salzburg International Summer Festival and was awardedthe Austrian Culture Ministry Award upon graduation. Following appearances as guest conductor of the Radio Symphony of Leipzig, Prague Radio Symphony, MunichSymphony, Michigan State Symphony, and Russian Philharmonic, he made his debut in Korea with the Seoul Philharmonic in 1992. Chung has conducted numerousKorean orchestras such as the KBS Symphony, Bucheon Philharmonic, Korean Symphony Orchestra, Daegu Philharmonic, Daejeon Philharmonic, and the ChangwonPhilharmonic, where he served as music director. He is also renowned for his work as an opera conductor. In addition to leading many operas of the Italian, French, andGerman repertoires, Chung has premiered new Korean works for the stage including ,