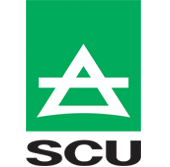 Seoul Cyber University (SCU) is an accredited online university that is pioneering the way students learn via theInternet. With courses offered towards earning bachelor’s and master’s degrees, enrolled students have accessto educational content from anywhere in the world, 24 hours a day, 7 days a week. While learning, students canstay connected with other students and communicate with professors through face-to-face video conferences,lessons or lecture sessions. Catering to the needs of the students, SCU holds special seminars and lectures withprofessionals in various vocational fields combined with state-of-the-art lecture rooms and studios to provide thebest educational services and content. SCU welcomes everyone who wishes to be a part of SCU’s quest for greaterlearning. Guests are warmly invited to visit the SCU campus for a tour and to see the potential of what an educationat SCU can offer. SCU is a university for all who aspire for greater education and to open more opportunities in thewake of the Fourth Industrial Revolution. 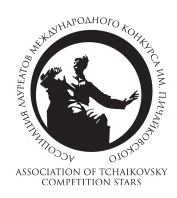 The oldest non-profit organization in Russia established in 1990. The founders of the Association were such outstandingmusicians as Lev Vlasenko, Harvey Van Cliburn, Alexey Nasedkin, Vladimir Krainev, Vladimir Ovchinnikov, Viktor Tretyakov,Ilya Kaler, Maxim Fedotov, Natalya Shakhovskaya, Eduard Grach, Irina Bochkova, Aшman Mussakhadzhayeva, NaumShtarkman, and Natalya Erasova. Over the years, the Association has organized hundreds of concerts in Russia and othercountries, dozens of festivals and competitions and many other major creative projects - among them educational projectsplay a special role, including the International Tchaikovsky Competition for Young Musicians and the development inremote music education platform. The Association provides various support to young musicians, establishes specialscholarships, holds regional competitions, maintains close creative and academic ties with leading educational institutionsof Russia, Kazakhstan, Belarus, Armenia, Korea, Japan, China, USA, France, and Latin America. Projects of the Associationwere awarded grants of the President of the Russian Federation and the Government of Moscow. 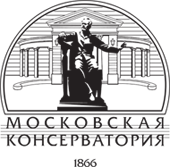 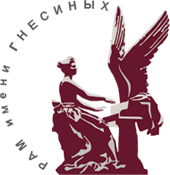 The Academy was founded in 1895 by sisters Eugenia, Elena and Maria Gnesin. Currently, it is one of the leading music universities in the world and one of the two basic higher educational institutions in musical art of Russia, along with the Moscow Conservatory. The Academy is the only institution of higher education in which all the specialties and specializations of various musical directions studied in Russia are represented. The mission of the Academy is to preserve and develop the unique Russian system of training musicians and teachers capable of leading the society in spiritual and moral fashion in the context of economic, political and cultural globalization, taking into account integration into the global educational space.